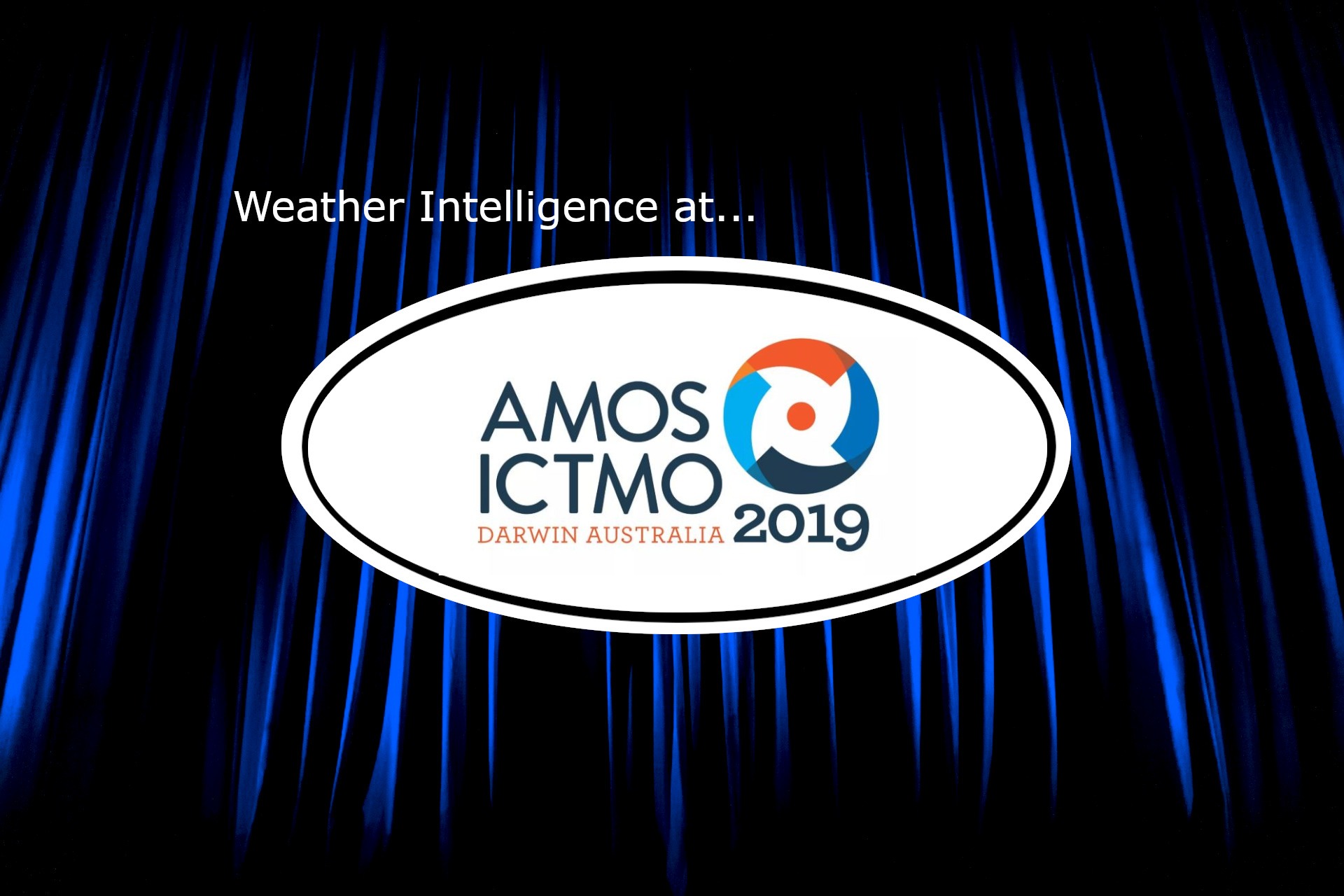 The Australian Meteorological and Oceanographic Society (AMOS) holds an annual conference to bring together experts in, what? You guessed it, meteorology, oceanography and other climate sciences from Australia and around the world!

The 26th national conference (the 5th in a row for me) took place in beautiful and hot Darwin from 11-14 June 2019. If there was a “Good Meteorologist Guide” similar to “Travel Guides”, the AMOS conference would definitely be a must-attend, especially if you work or study in this field and are Down Under. Among the 400 participants, the vast majority were from Australian universities and the Bureau of Meteorology.

Shedding light in the Pre-conference

The pre-conference event for early career researchers, I’m still considered “early”, was really an act of generosity. We all built a small solar light following 10 easy, Ikea-style steps and attached a personal message to the children who would receive the lights. This was organised by SolarBuddy, an Australian charity that provides solar lights for children living in energy poverty throughout the South Pacific, South East Asia and Africa.

A Wealth of Choices – thematic sessions and presentations

The program featured nearly 40 thematic sessions under the themes of oceans, atmosphere, climate variability and change, extreme events, impacts and risks, and data, services and outreach. Generally, up to 4 sessions were running in parallel, so you had to decide which talks or sessions you did not want to miss.

This year Weather Intelligence submitted 3 abstracts, 2 of them were accepted as oral presentations and 1 as a poster. I know, it can be a bit annoying to carry the poster around but I’m always curious to know people’s reactions outside of the conference environment. For example, on the plane from Brisbane to Darwin you can tell that most people are on holidays and they look at you and your poster and must think: “Poor guy”. Or I’ve been told a few times: “My son is also an architect”. 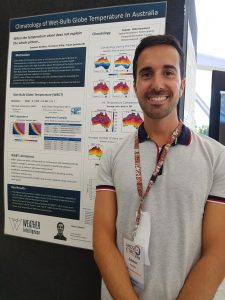 The poster was about a detailed climatology of the wet-bulb globe temperature (WBGT). In short, WBGT estimates the effect of not only air temperature (same as ever), but also humidity, wind and solar radiation on humans. Although WBGT is widely used (for instance, in the Sports Medicine Australia heat policy), not many studies have been performed here in Australia. In our poster, we showed that during 3 months of the year the daily maximum of WBGT is greater than 30˚C across much of the tropics. According to the heat policy, this means that outdoor activities should be cancelled, except for swimming.

Have you ever checked the current temperature in your favourite weather app and it’s maybe 33˚C and you feel relatively comfortable sitting in the shade; meanwhile, you look at it another day and it’s only 27˚C but you’re sweating out of your eyes? As you’ve probably guessed, apart from the actual temperature, humidity and wind affects how comfortable you feel. This was our main motivation for the first presentation on the Excess Heat Factor, which is the basis for the heatwave services running from the Bureau. In particular, we analysed the heatwaves by using the original definition with air temperature as an index only, and compared those results to heatwaves by using apparent temperature, which also considers humidity and wind effects.

We found a big discrepancy between the two variables in humid regions such as the tropical north. For instance, if we use the air temperature only model, most heatwaves occur in October, whereas heatwaves using apparent temperature occur in December. It wasn’t very hard to convince the audience that when considering human comfort factor and safe outdoor working conditions, Apparent Temperature should be used. Our aim is to continue to educate and raise awareness so that a greater level of care is taken to protect all people engaged in outdoor activities during heatwaves. 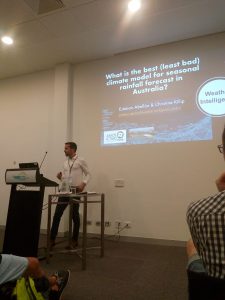 The second talk was about the prediction of seasonal rainfall in Australia titled “What is the best (least bad) climate model?” I tried to convince the audience that there is actually no winner and all models are good in their own unique way. Perhaps we didn’t find “the best model” but we did find the weakest model. Of course, once we know more about the performance profile of a model they can be improved.

One of the main messages to take from the conference is the need for the climate science community to better communicate our research results to a broader audience. Some initiatives, such as including climate information as part of weather reports, are already addressing this gap successfully.

In terms of research, there’s still a lot to be done. Albert Einstein once said:

“The more I learn, the more I realize how much I don’t know.”

This statement is also true in meteorology and climate science. I have seen a growing interest during the last few years, and this conference is no exception, in conducting research not only for the purpose of generating knowledge but also to make it relevant.

By the way, the croc burger is delicious!