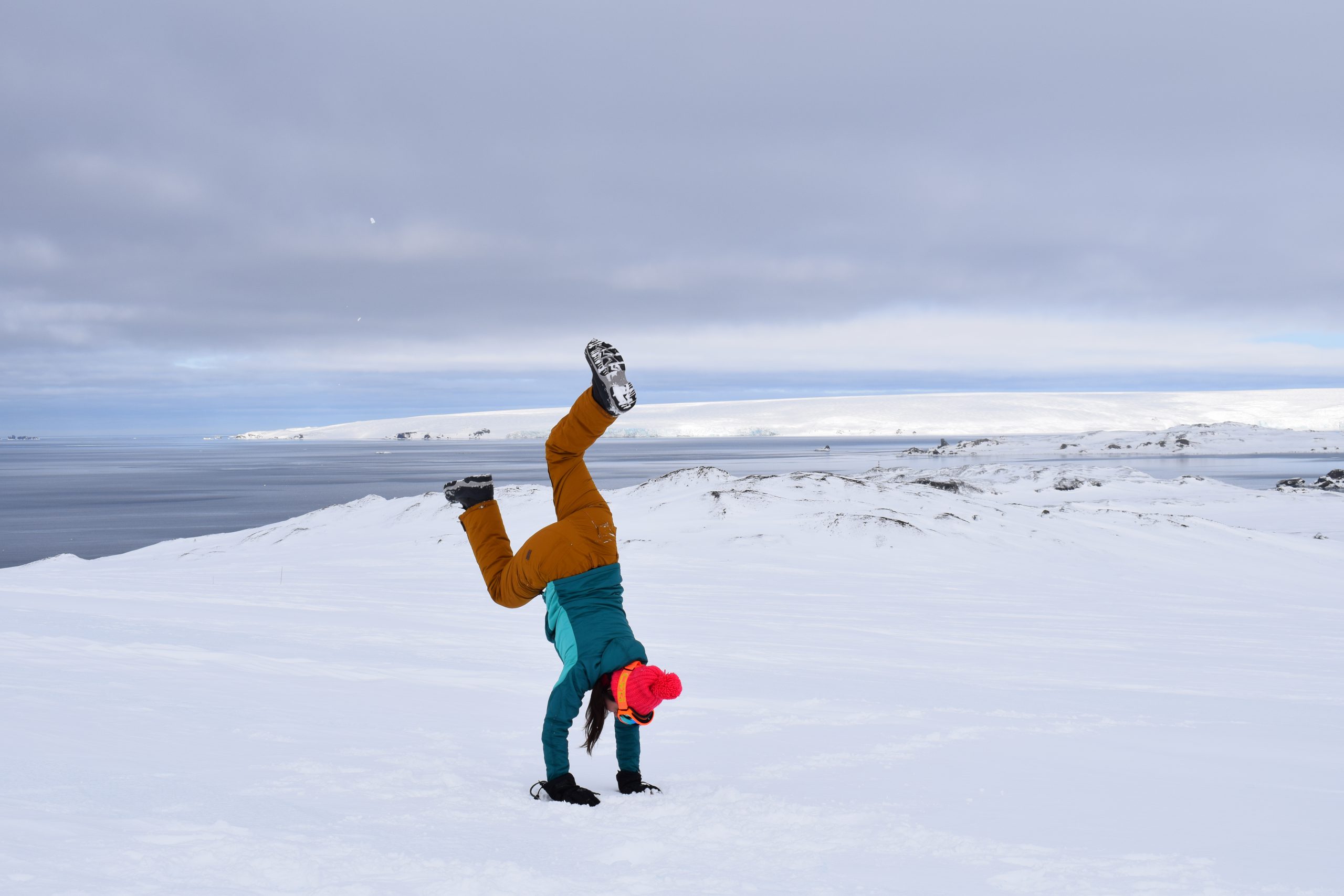 Our meteorologist, Yoska Hernández, had the opportunity to work for a year as an aviation forecaster on King George Island, Antarctica. Here is her experience.

The plane landed on King George Island (62°02′S-58°21′W), Antarctica, one day in March 2018 with wind speeds greater than 120 km/h! Once we got off the plane, walking in such windy conditions became very challenging and the transfer of passengers to a safe place had to be done as quickly as possible to avoid any risk. Antarctica welcomed me as I had imagined and showed me the exact picture of the extreme conditions in which aviation operations can take place there.

But how was the landing possible under such strong windy conditions? Headwinds oriented to the runway were forecast for that day, minimizing the risk of an aircraft unstable approach. Based on that information, the pilots of the C-130 Hercules military aircraft decided to operate. But… What might have happened to me and to all the other passengers if the weather forecast had been wrong? 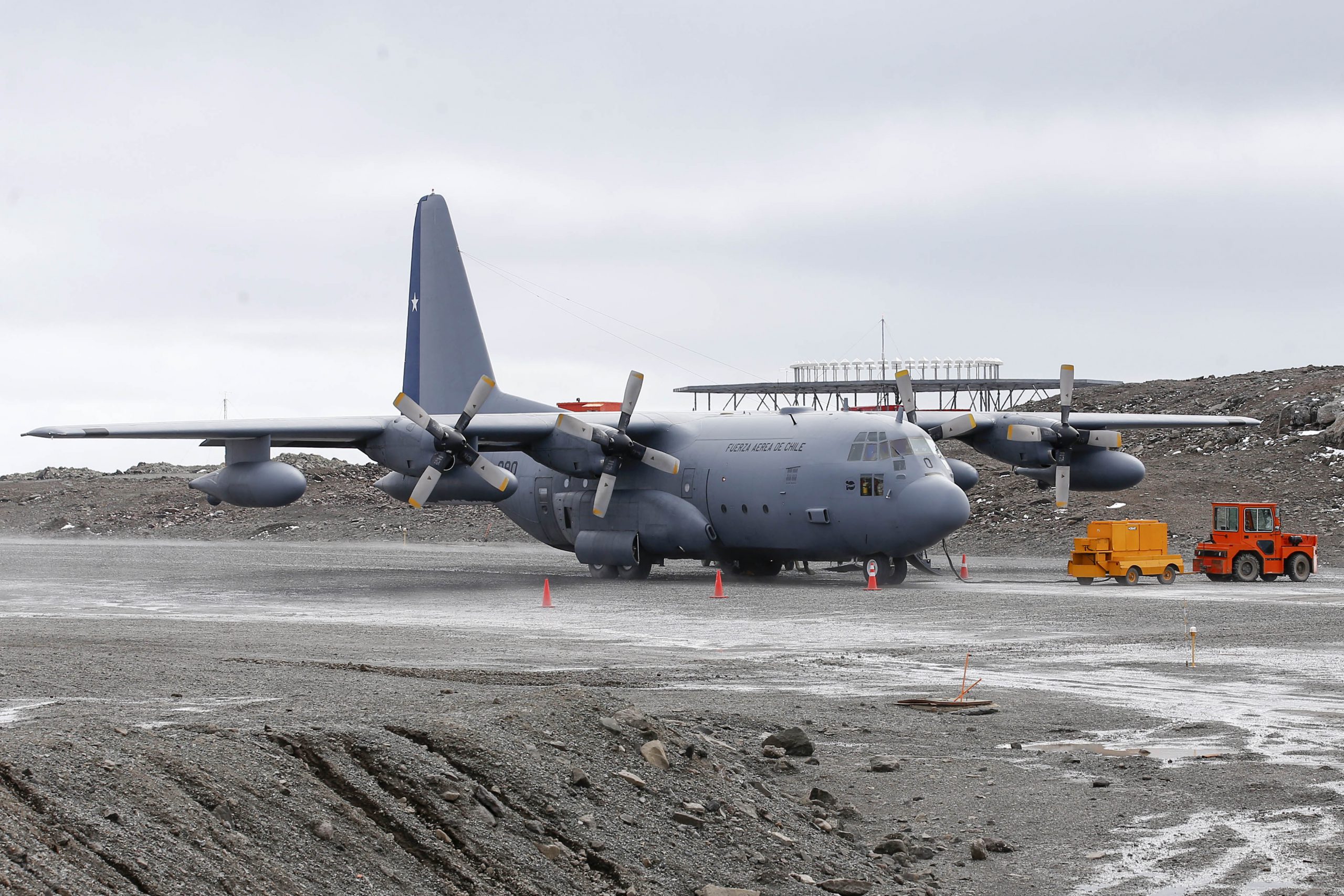 “When you realise the lives of hundreds of people inside an aircraft are up to you, you will never be the same meteorologist again!”

An aviation forecaster has a key responsibility: to support air traffic safety! In Antarctica, I had the important duty of supporting take-off and landing, en route and flight planning as well as activities in the terminal area. For a year, all my efforts were focused on providing the most accurate aviation forecast to prevent human and economic losses. When you realise the lives of hundreds of people inside an aircraft are up to you, you will never be the same meteorologist again! Having lived in Antarctica for one year, blizzards, harsh temperatures, fog, and ice became my best friends. And that is the way it should be when you decide to face such responsibility.

How did I get to work in Antarctica?

Having worked for four years in the Directorate General of Civil Aeronautics of Chile, in 2018 I decided to apply to one of the six job vacancies available to work as an aviation forecaster at the Teniente Rodolfo Marsh Martin Aerodrome located in the largest South Shetland Islands, King George. The island hosts nearly a dozen bases, most of them carrying out research activities. Countries such as Russia, China, Uruguay, Poland, South Korea, and Chile (among others), live in a collaborative and multicultural environment.

During my stay on the island, I lived at the Eduardo Frei Montalva Chilean base, at the so-called “Villa Las Estrellas”, an adorable residential village which has the basic community services: a school, a small hospital, a bank, a post office, a church, and even a small supermarket!. 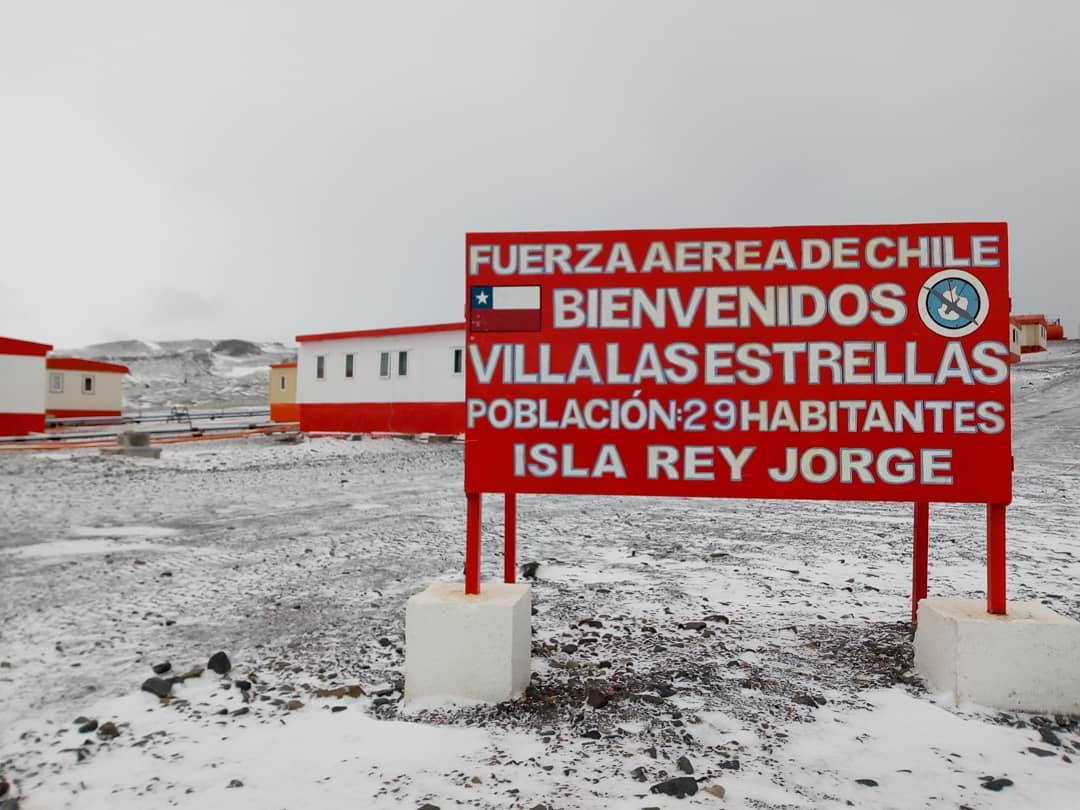 Penguins, seals, sea lions, and different types of birds were my neighbours just a few meters away from home (I did not miss the chance to visit them). When I was not working at the aerodrome and the weather allowed it, expeditions to nearby bays, mountains, glaciers, or even activities such as jogging and snowboarding were a sure thing. 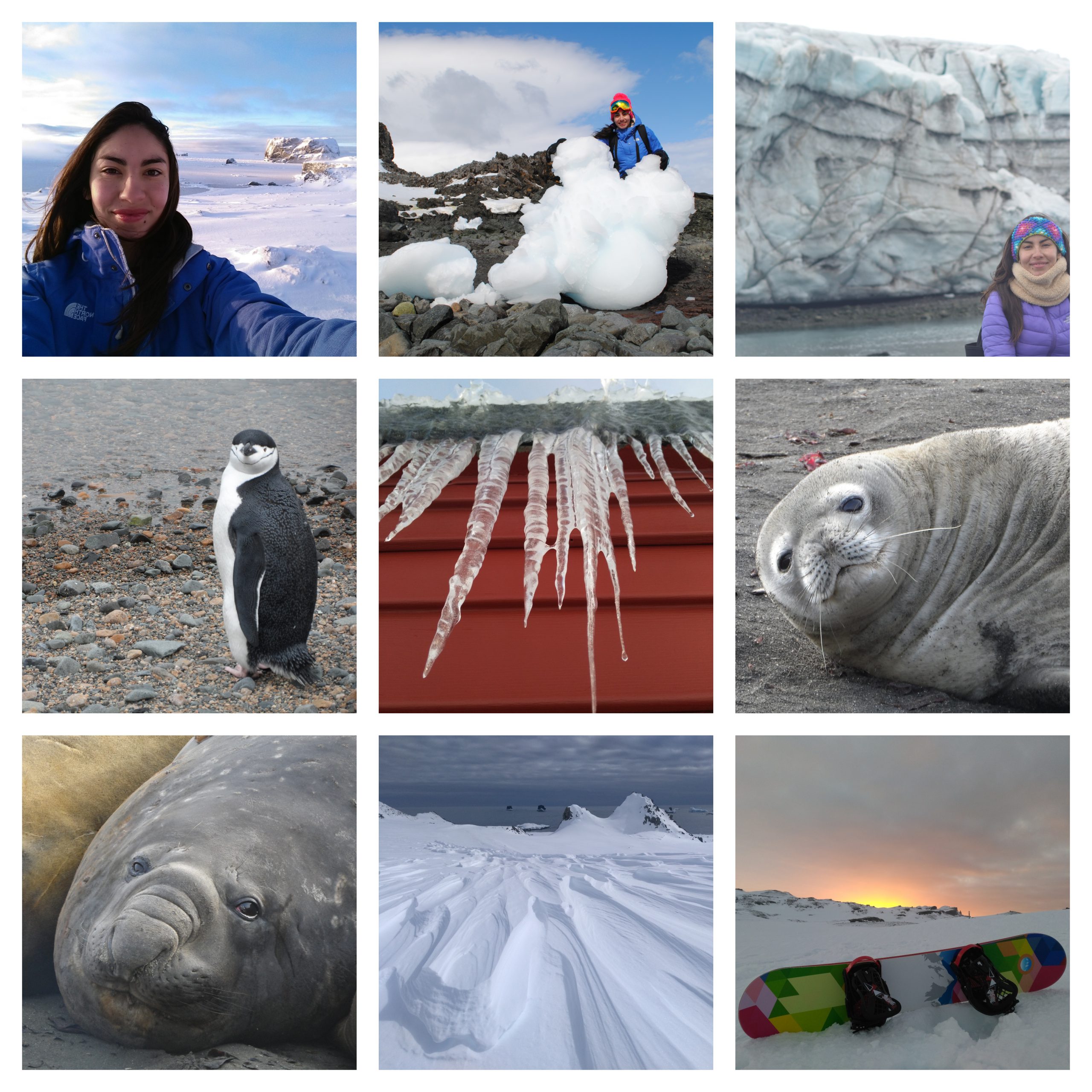 From top to bottom, left to right: 1. Winter selfie at Fildes Peninsula with the “Flat Top Rock” in the background. 2. Hugging an iceberg left by the Spring thaw. 3. Colourful clothes in front of Collins Glacier. 4. Solitary Barbijo penguin at Fildes Bay. 5. Icicles hanging off a roof. 6. The cute Weddell Seal 7. The laid-back Elephant Seal 8. Abstract shapes on the snow 9. Sunset snowboard session

However, when the storms were here to stay, home confinement was the closest thing to a COVID-19 lockdown I’ve ever experienced before. If you are an adventurer who enjoys exploring, what would you do without being able to leave your house for days?

Isolation at Villa Las Estrellas: an effective pre-quarantine training to face the COVID-19 pandemic that would come this year (but with a poor internet connection)

During the most severe blizzards, the message was clear … stay at home! For many who enjoy outdoor activities, staying at home might be a boring challenge, just as it has been for hundreds of people during the worldwide coronavirus lockdown restrictions. Contrary to what is happening nowadays, two years ago in Antarctica, the weather was the unique one imposing the restrictions (and easing them as well) in alternating periods of 3-4 days.

Unfortunately, unlike now, the internet connection in Villa Las Estrellas was limited, so that a video call with your loved ones or working from home on the island was pretty difficult, especially with the relentless wind of more than 120 km/h whipping the internet connections lines outside. Nevertheless, the isolation that at first glance might seem boring became (at least for me) a great source of creativity and inspiration.

But it wasn’t all fun on sunny days or confinement on gray days. The workdays at the aerodrome were arduous (especially when the forecast had a strong uncertainty component). Extreme weather phenomena often occurred on the island implying the cancellations of all flights. What weather phenomena were these?. Let’s check them out.

When planes should definitely not fly!

The combination of heavy snow and strong continuous winds (of at least ~60 km/h) results in very low visibility. A very dangerous blizzard at the island was able to produce the “whiteout” conditions (near zero visibility), reach wind gusts of more than 160 km/h, and last for 2-3 days. Under these conditions, apart from flight cancellations, issues such as power outages, damage of electrical transmission lines, freezing of pipes, and cut off of regular fuel sources may occur.  Fortunately, the frontal systems associated with this phenomenon in King George Island are quite predictable, so that the alerts could be issued with confidence a few days in advance.

Interesting facts: When a blizzard was forecasted to occur the aerodrome team prepared a “survival backpack kit” to “live and survive” in the aerodrome for the storm duration. Additionally, the “emergency food supply kit” was activated to be used only in case of a long-lasting blizzard. During my stay in Antarctica, a few of these storms produced power outages for a short period. With the heaters out of service a good forecaster always should think of bringing an additional jacket!. 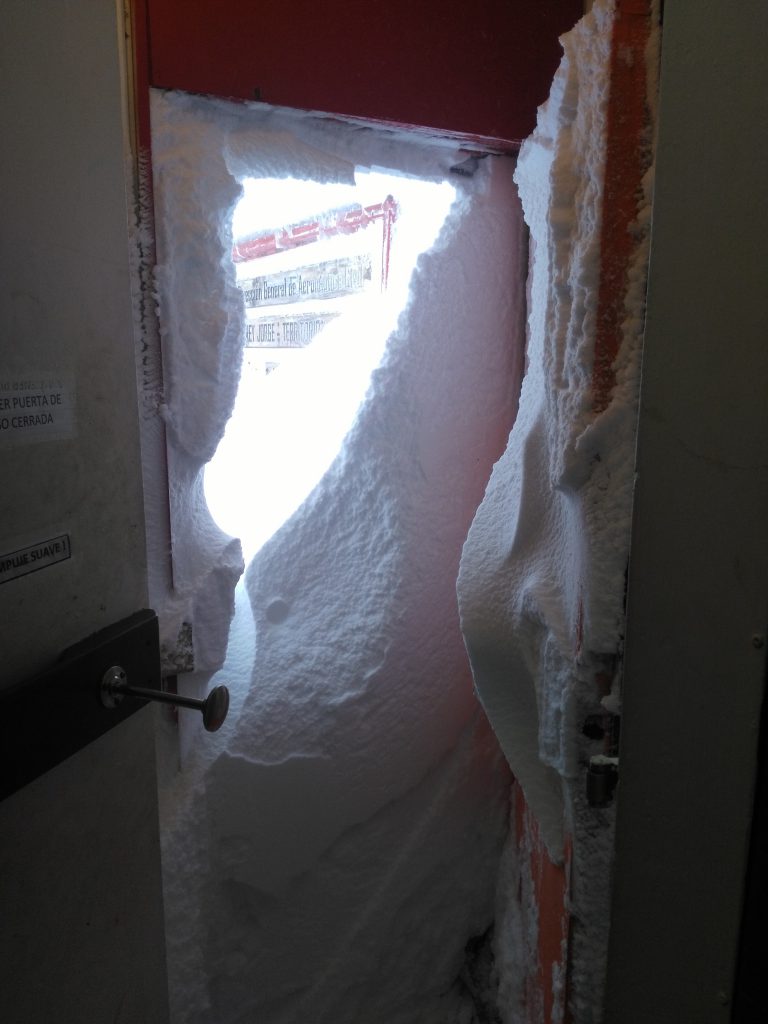 Fog is composed of water droplets suspended in the air and reduces the visibility at the surface to less than 1 km. The fog has a significant impact on the conduct of flying operations, particularly on landing and take-off. Unfortunately, the visibility associated with these events is quite complex to forecast, because although it is a phenomenon controlled by the large-scale (or synoptic scale), the local-scale factors, such as the effect of the orography on the flux dynamics, introduces considerable uncertainty. Numerical models help a lot, however, further development to more accurately represent the physical processes and local factors involved in the formation of fog is required.

Fog events in King George Island occur mainly in the summer and coincide with tourism and air traffic peak season, introducing an additional challenge to the forecasters. Nevertheless, the following guidelines greatly help in forecasting fog: a clear synoptic or large-scale framework, knowledge of the orography and local factors that may affect the fog processes, the experience, a near real-time satellite-based fog analysis, and observations.

When the wind has a component blowing across the runway it can knock aircraft sideways, causing instability and loss of control during landings and take-offs. Each type of aircraft has its maximum recommended crosswind value, therefore, when the wind forecast exceeds that threshold, air operations should be deferred.

Icing is a serious threat to aviation causing control problems and dangerous performance degradation. Serious icing is possible when an aircraft penetrates in a cloud with temperatures between -5°C and -20°C. In clouds with temperatures below –20°C icing is rare since these clouds are composed of ice crystals.

Atmospheric turbulence is a major hazard to aviation and can cause injuries to passengers and crew. The most common type of turbulence en route to King George Island takes place in the presence of a frontal system associated with a strong jet stream in the upper atmosphere. An aircraft crossing a jet stream area encounters strong transverse (horizontal and vertical) gradients of wind speed which generate great instabilities.

These are just some of the meteorological phenomena that can interfere with aircraft operations and pose a serious risk to aviation. As a meteorologist, I had a great opportunity to forecast them and contribute to air traffic safety. On the other hand, life in Antarctica seemed like a dream. The glacier thunder-like sounds, the iceberg colours and the shapes of the snow will remain firmly etched in my memory. 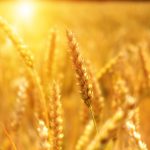